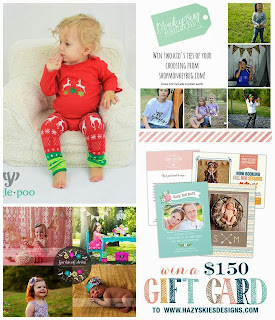 The Holiday Giveaway is now OPEN! Lots of amazing vendors have teamed up to give away some incredible prizes! Enter now for a chance to win our Ugly Christmas Sweater Outfit, $300 CASH, $150 Gift Card, Clothing, Hair Pretties and LOTS LOTS More!! Enter the Holiday Giveaway here! Enter Between November 25- December 1st!
Posted by Seams Sew Lo at 7:42 AM No comments: 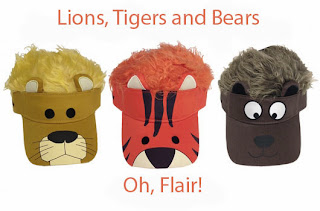 Educational TV Made With Your Child In Mind

I have decided to help back Rachel Coleman/Two Little Hands in their new Rachel and Treeschoolers  Project, due the success we have had using baby signing time and signing time with Little Dude.  Its an entire preschool curriculum.  I want more fun educational choices as he grows and this will be perfect for him.  I encourage you to check it out and help support educational TV for your children.   The program was deemed "Too Educational for TV'!  Really? Below is why I decided to support the TreeSchoolers project. 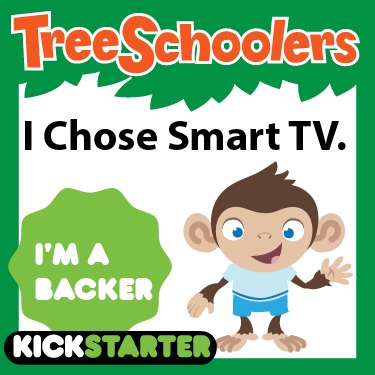 When I bought my first Baby Signing Time, I thought I would try it and see if Little Dude actually likes it.  I believe I started when he was about 8 or 9 months old.  He loved all the music and watching the other kids.  I was already prepared that he may not sign anything till about 10 months.  I bought the next DVD as he seemed compelled by them.

Then his first sign came, "Dog".  We don't even own a dog, but Little Dude is obsessed with dogs.  He started signing dog every time he saw one, he would be so excited.  I figured milk would have been one of first signs, but I was wrong, he moved onto shoes, outside, coat.  Little Dude loves being outside, so of course he started using the signs more useful to him.  LOL!  It wasn't till around his first birthday that he signs really took off.  All of a sudden he could use over 30 signs!!  Wow, you go Little Dude!  At this point I had all 4 Baby Signing times and we now are starting our collection of Signing Time videos.  He loves Leah's Farm and the Zoo train.

At 15 months I was still saying he knew 30+ signs until I found the wonderful Signing Time Progress Charts on the Signing time website.  I started checking off everything he knows well and didn't count the words he had only signed once or twice and I was astonished to find out Little Dude knows over 90 signs now!! Don't get me wrong, he doesn't do them perfectly, bug, duck, bird, frog, pig and orange all look eerily similar :), but each day the signs are becoming more and more distinguishable.  He loves to tell me what he sees or wants, he is so proud of himself.  When he tells me he loves me its heart melting.  Here is Little Dude version of "I Love You". 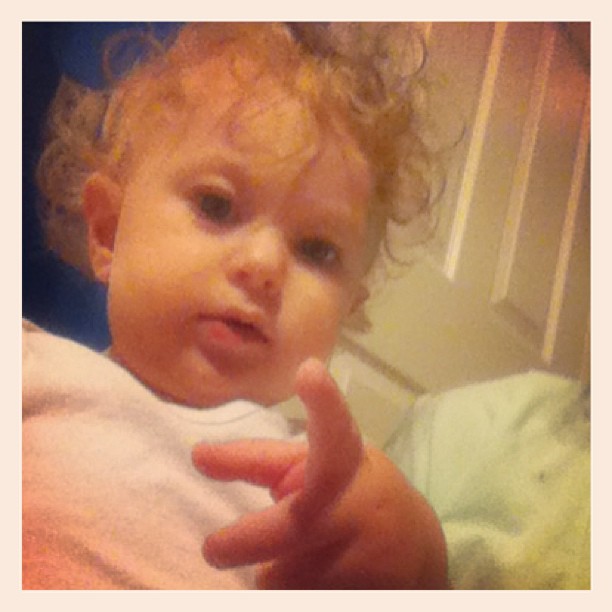 I am surprised by the comments we have received in teaching Little Dude sign language with the most common being he will never need to talk since you taught him all the sign language or his speech is going to be delayed.  Of course its hard not to worry about these things.  I knew it was helping him have a vast vocabulary, however was it really going to delay his speech?  Was I making the right decision.  Then one day he's talking!  He know says several words.  Of course some of them sound eerily similar as well, but with the combination of the talking and the signing we are most of them time able to figure it out.  I think its a great bridge to get from understanding to being able to talk.  I will hope you will consider backing this project.   Little Dude tells you (signing and speaking) himself in the following clip on why I have chose to support Rachel and the TreeSchoolers:

Here is a video about the project as well:

Little Dude had an Allergic Reaction to Amoxicillin. Rash Everywhere!

Little Dude was sick last week with Croup.  I hate that barky cough, its the second time he has had it this year. :(  Both the times he had croup he was also cutting a couple of teeth.  This time is also had a double ear infection, so he was on his second ever round of antibiotics.  Just as soon as we thought he was getting better he woke up one morning with a small rash on his chest which started to spread all over his body.  Here's the first morning: 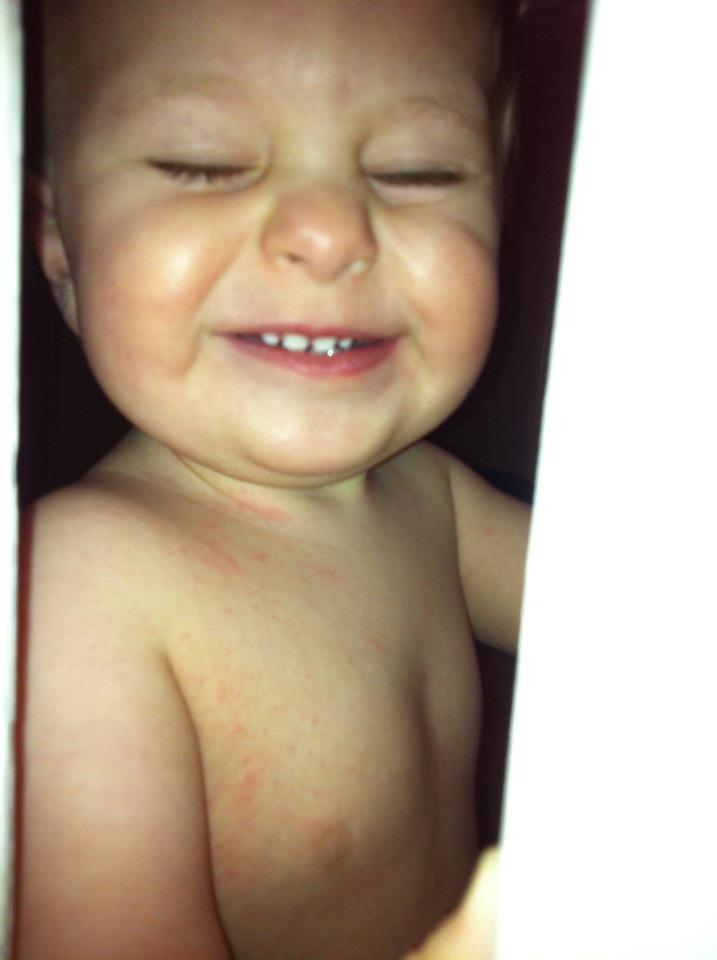 I took him in to the Dr. and since the rash wasn't too bad, he told me to give him Benadryl if the rash got worse.  Well come 4am in the morning I am calling the Dr. in the middle of the night because the rash started to appear on his face.  He said as long as his mouth and eyes weren't swollen then he should be okay.  We gave him some Benadryl and it seemed to help the itch a bit.  He was miserable and having a hard time sleeping.

Then....  the next morning he woke up with the rash all over his body!!!  He was itchy, but still in good spirits.  He would play and then all of a sudden he would get cranky due to the itch.  Here is his allergic reaction the next morning (and yes he is still smiling :) ) : 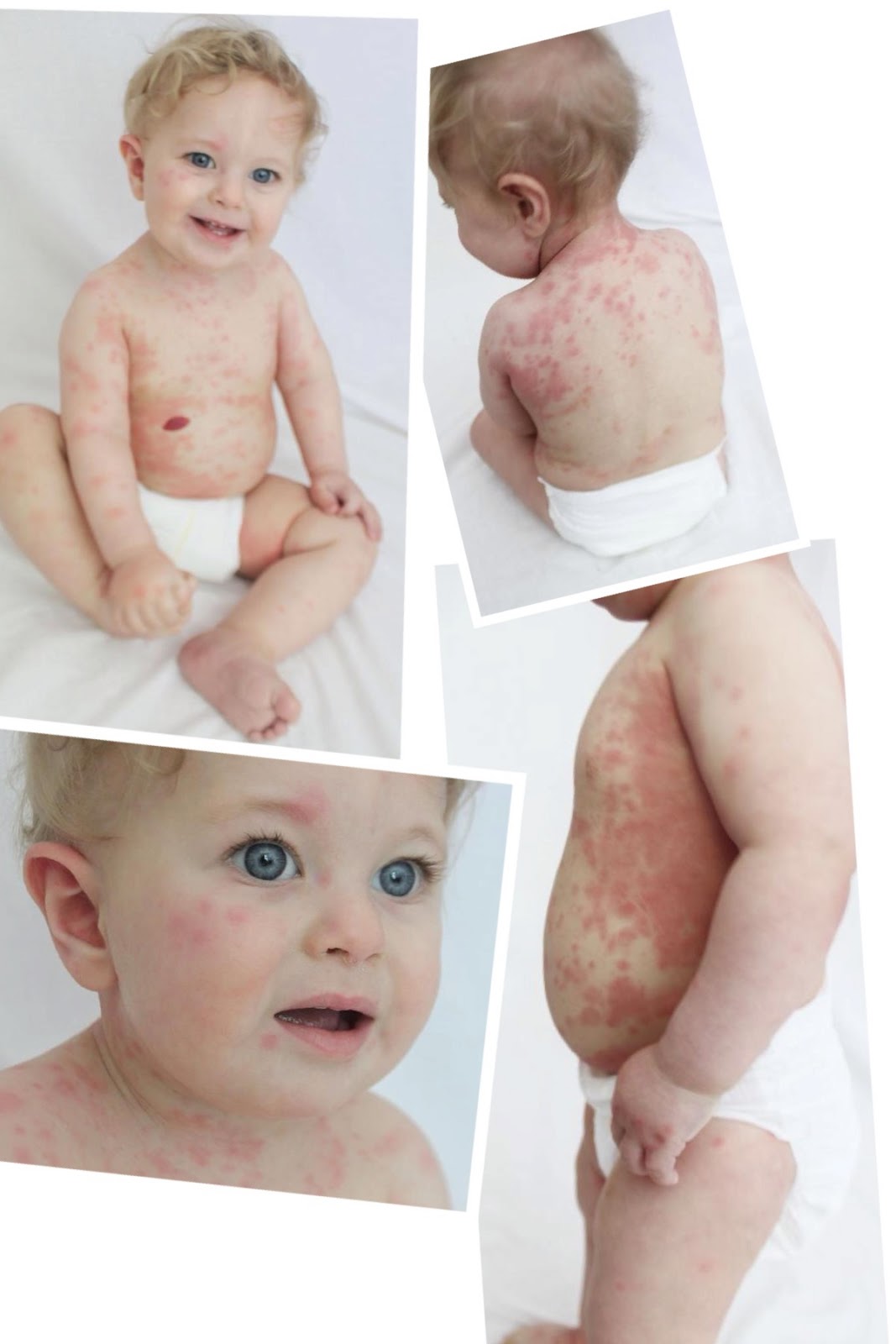 After I put him down for a late afternoon nap, he was even worse than above and even more miserable.  The rash on his stomach, from where is diaper rubbed, was so red it almost looked like they were bruised.  Poor Little Dude!  I started to get worried when I noticed hives on his eyelids and the ones around his eyes were even worse.  At this point, my Dr.'s office was already closed, so we took him to the hospital.  I know he didn't have any swelling, but he was only getting worse.  They gave him some steroids and quickly started to get better.  A few days and a few doses of steroids later he is doing so much better!  You can still see the rash, but its very light.  I just wanted to share the images in case anyone else runs into the same problem.
Posted by Seams Sew Lo at 10:58 AM No comments: 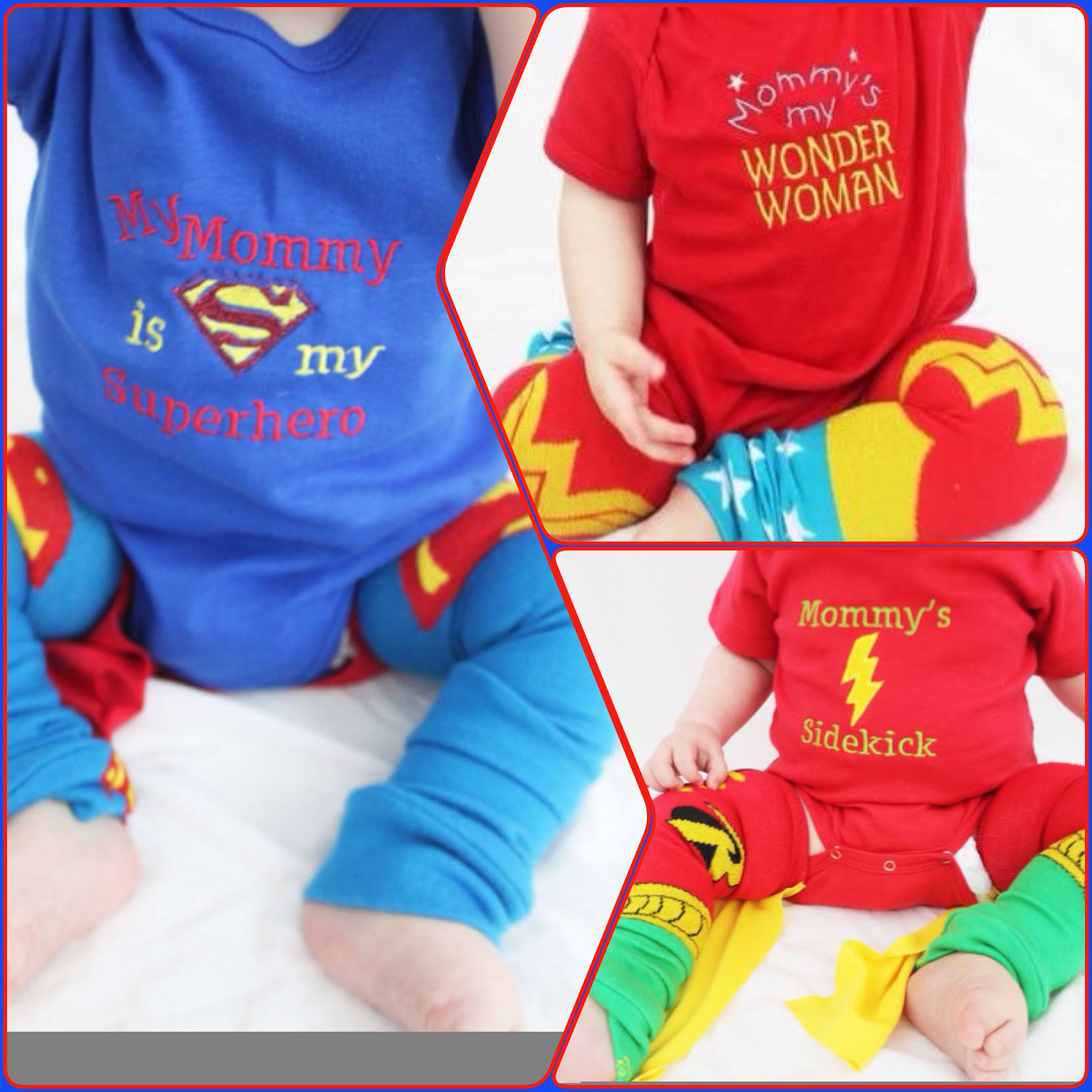 What does Mom really want for Mother's Day?  To be loved and appreciated.  What better way to show how SUPER she really is than with these new Mommy's My Superhero onesies with matching superhero baby leg warmers!  Her little sidekick can show off their love in these adorable outfits:

Superman Outfit:  My Mommy Is My Superhero

Available in these sizes:

a Rafflecopter giveaway
Posted by Seams Sew Lo at 7:11 AM 6 comments:

I see all of these cute outfits for little girls for Easter, but what about the boys?  So I came across this cute bunny tie applique and my newest Baby Boy Easter outfit is born.  The bunny tie on the onesie is gray which perfectly matches the gray baby leg warmers.  I love how the bunny makes a tie shape!   Want this Easter outfit for you little bunny?  Its now available in the Giggle Poo Shop. 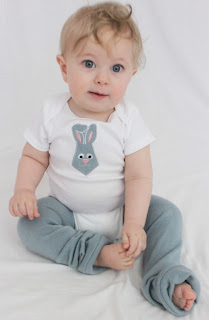 Introducing our Newborn Superhero Baby Leg Warmers! Lets do a Giveaway! Go the Giggle Poo Facebook page, Like our featured post for one entry, comment for 2 additional entries, share this post for 3 additional entries! Tell us who your favorite Superhero is and win a pair of your choice of our Superhero Baby Leg Warmers (you may a choose a newborn style or our regular style) Contest ends 3/17/13 at midnight central time.

Check out all the Superhero Baby Leg Warmers at Giggle Poo! 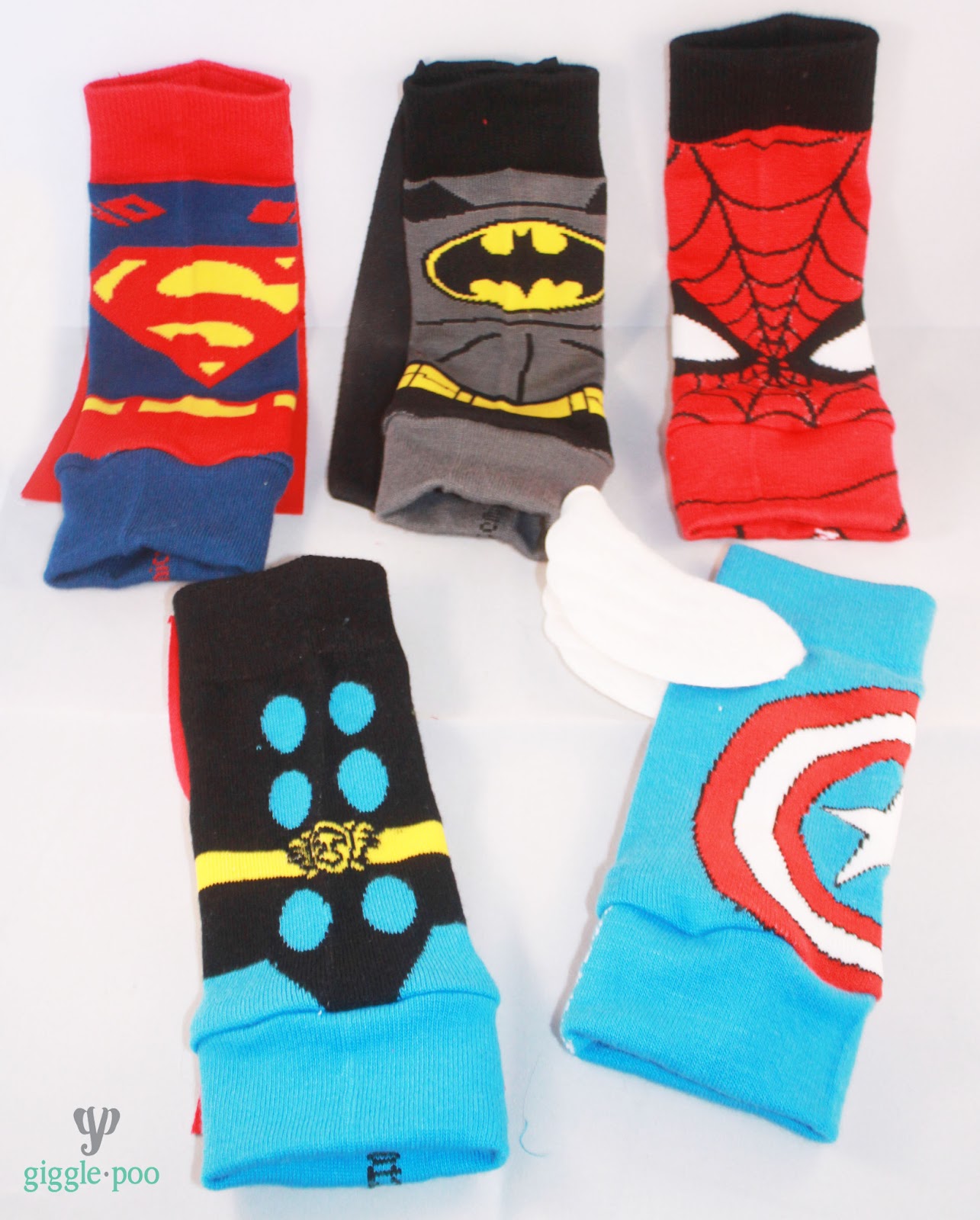 Welcome to the Giggle Poo Blog, we will start blogging shortly.  Please feel free to check out our shops for specialty baby clothing at: